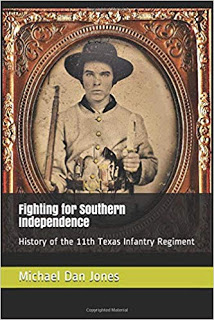 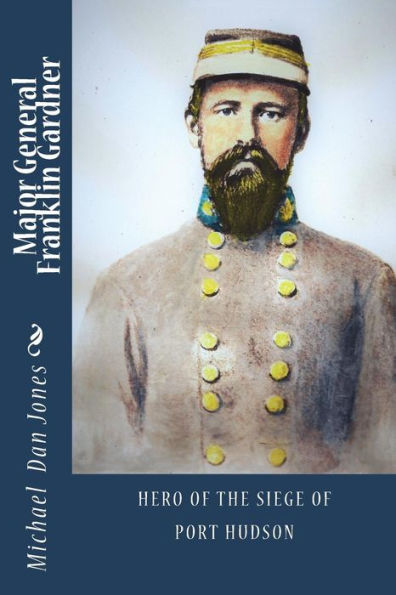 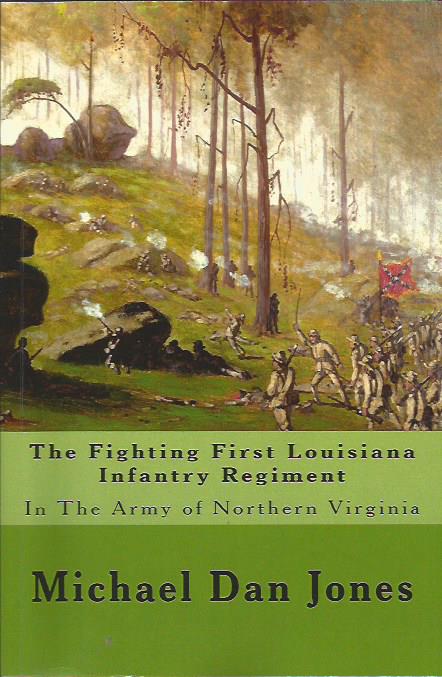 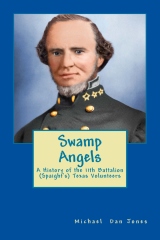 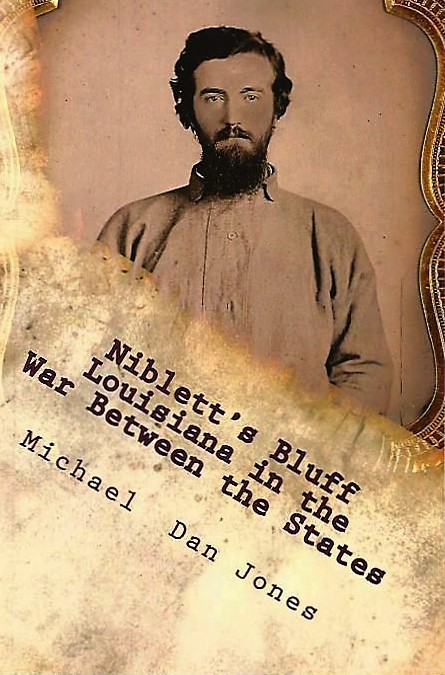 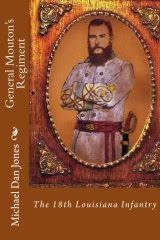 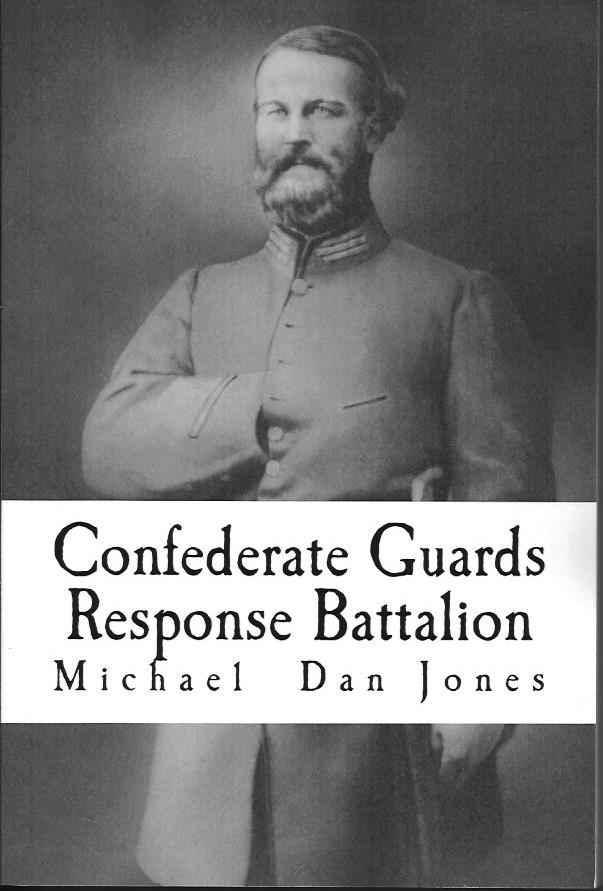 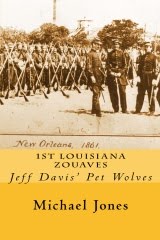 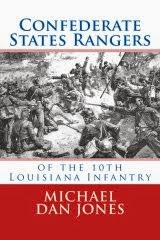 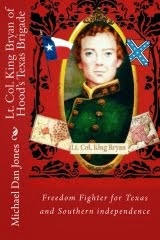 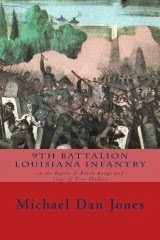 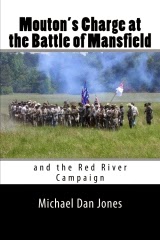 (Ed. Note: The below story is from the pages of  the Lake Charles Echo, 14 March 1885. The publisher/editor of the ECHO, a small-town weekly, was Captain James W.Bryan who commanded Company I of the 28th (Thomas') Louisiana Infantry Regiment.)

Editor Argus — As there were in the Confederate service two regiments of Louisiana infantry known as the 28th Louisiana, and desiring to put on record through the columns of your valuable paper, the main facts in regard to the 28th Louisiana, to which many of the St. Landry boys belonged, I append the following short history of it:

Col. Thomas’ 28th Louisiana Regiment of Infantry was organized at Camp Moore, May 3, 1862, the following companies comprising the regiment:

The regiment at this time, consisting of about 710 men, remained at Camp Moore until May 18th, when they were moved to Vicksburg. We were of course not known at the War Department until our first monthly return was made, June 10, 1862. We had been organized under orders from department headquarters as the “28th Louisiana Infantry,” some time in the latter part of May, 1862. A regiment of infantry had been organized at Monroe by Col. Henry Gray, and which also took the name of the 28th Louisiana, but as it served altogether on the west side of the Mississippi river, continued to carry the same name until the close of the war. We were known at the War Department as the “29th Louisiana,” but elsewhere as “28th Louisiana.”

Our regiment was engaged in all the battles at Vicksburg, losing Sergeant John Johnson and several others on the “Ram Arkansas” on the 15th of August, and about 50 killed and wounded at “Chickasau bayou” on the 28th and 29th of December, 1862. Regarding this engagement the following order was issued:

To commemorate the glorious victory achieved over the enemy on the 28th and 29th of December 1862, and in honor of the troops engaged on that occasion, the following named commands will inscribe Vicksburg on their banners, to-witt: Third, Seventeenth, Twenty-sixty and Twenty-eighth Louisiana Infantry.

In March 1863, in company with other troops, we went to the Yazoo river to undertake the capture of several Federal gunboats, but they had left before our arrival.

The investment of Vicksburg was completed on the 17th of May, 1863, and we were constantly under fire until the surrender on the morning of July 4th. Going to Vicksburg in May, 1862, with 710 rank and file, and receiving while there about 200 recruits, we numbered at the surrender about 450—27 had been discharged for disability—12 or 15 were absent on detached service—the balance of the grand total of 910 had been killed or died of wounds or disease.

The regiment was reorganized at Alexandria in 1864—Col. Thomas having been made a Brigadier General, Lieut. Col. Landry became Col., and Maj. Pegues, Lieut. Col. A Parole camp had been established at Opelousas in December, 1863, and all who had reported at Parole camp previous to June 27th, 1864, were exchanged on that day.

The writer was not with the regiment after the reorganization, and know but little of its service on this side of the Mississippi—of our service at Vicksburg it may truthfully be said, that we at all times justified the confidence reposed in us by our commander—we with the 26th Louisiana Infantry, were the only troops engaged on the 28th December, 1862, when we held in check Blair’s Brigade of the Federal army from daylight to dark; when finding ourselves about to be cut off from our army, were compelled to fall back, which we did in good order under a heavy fire of musketry and artillery.

The first day of the seige our regiment was on the reserve (Col. Thomas being in command of Baldwin’s Brigade until May 22nd.) On that day two companies of our regiment, Co. I, Capt. J.W. Bryan, and Co. B, Capt. A.B. Hailey, had the honor of saving Vicksburg to the Confederacy — the enemy had charged our line at the Jackson road repeatedly during the afternoon, and failing each time to break it, held at that point by the 3rd Louisiana and 2nd Texas respectively on each side of the road — the road itself was deep cut in the hill, and to secure it, some fifty or more bales of cotton the enemy had knocked down with their artillery, so that it afforded no obstacle to the passage of troops — the Federals took advantage of this circumstance, and the first intimation that the Confederates had of it was when a column of the enemy came passing through — the two named companies of our regiment happened to arrive just at the moment when the head of the column was in the act of passing our lines. They at once opened fire on them and drove them back, killing a number of them, and themselves losing about 42 or 45 in killed and wounded. Two flags were here captured by Capt. Bryan. 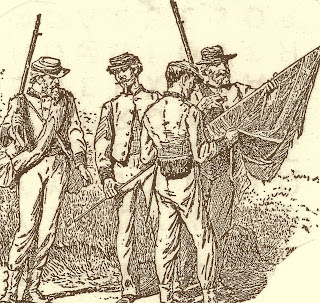 On the morning of May 23rd, our Brigade, consisting of the 26th, 27th and 28th Louisiana Regiments, took possession at “The Big Redan,” one of the most exposed positions on the whole line — this we held until the surrender on July 4th, losing many officers and men. It was here that Lieut. Octave Fontenot lost his arm. He had been occupied all the night before, in command of a fatigue party repairing the breastworks, and at daylight had laid down to get some necessary rest — he was sleeping soundly, when a portion of a shell struck him on the arm, severing it from the body. Here we also lost Capt. Neuman, Lieut. Crowder, Serg. Coreil and many others. Of the officers, many have “crossed the river and camped on the other side.” Surgeon Winn died in 1877, Maj. Bredon in 1867, Captain Woodward in 1864, Capt. J.E. Clarke, with us at Vicksburg as Drill-Master and a Chief of Ordnance on the Staff of Gen. Shoup—afterward A.A.G. on the Staff of Gen. W.H. Allen, was killed at New Orleans in 1867 by being run over by a train of cars. Lieut. E.M. Smith died at Vicksburg in July, 1863; Lieut. Wemple died at Mansfield, Capt. Sam Brewer at New Orleans, Lieut. Frank Turner at St. Bernard, Capt. W.F. Norman at New Orleans, Lieut. Morehead at Ascension, Lieut. R.S. Robin, in St. Landry.

The survivors in this town are Sergeant Lucien Dupre, Julien Claude and the writer, who sends greetings to his old comrades.
Yours respectfully,
George O. Elms.

In reference to the “Reminiscences of the 28th Louisiana Regiment,” written by our old friend Major Geo. O. Elms, and which we reproduce from the columns of the Washington Argus, in which he says I captured two flags on the memorable day of May 22, 1863, in an engagement at the “Jackson road,” with a mighty and powerful enemy flushed with a succession of victories and with the hope of capturing Vicksburg, one of the main strongholds of the Confederacy, I must say, in justice to the brave and noble men who sacrificed their lives and won laurels for the 28th Louisiana Regiment (Thomas’) at Chickasaw, by their effective service, that the credit for the capture of the flags referred to, belongs to them and the officers in command of the detachment which did the fighting.

As I was in command of the regiment on that day in obedience of orders, I detached two companies, Capt. A.B. Hailey commanding, with orders to proceed at once to reinforce the command at the “Jackson road,” at which place the enemy was concentrating their forces, with a view of breaking our lines and capturing the entire army; and Capt. Hailey, with this detachment of the 28th regiment, lost no time in getting to that point, and arrived as Maj. Elms says, just in time to save Vicksburg to the Confederacy. And I repeat, to him and his troops belong the honor of capturing the flags, and not to me.

The fight was fierce and short, and the enemy repulsed, but the victory was a dear one to Capt. Hailey’s noble boys, as stated by Major Elms.